Every matter begins with a consultation –
schedule now

Mr. Wu has been principal attorney in over a thousand non-immigrant visa, immigrant visa and immigration court cases

WE’RE ON YOUR SIDE

We’re thrilled to announce that Jon Wu Law has just received an award from the American Bar Association’s Commission on Immigration! Visit our Results page to see other awards and recognitions we’ve received. 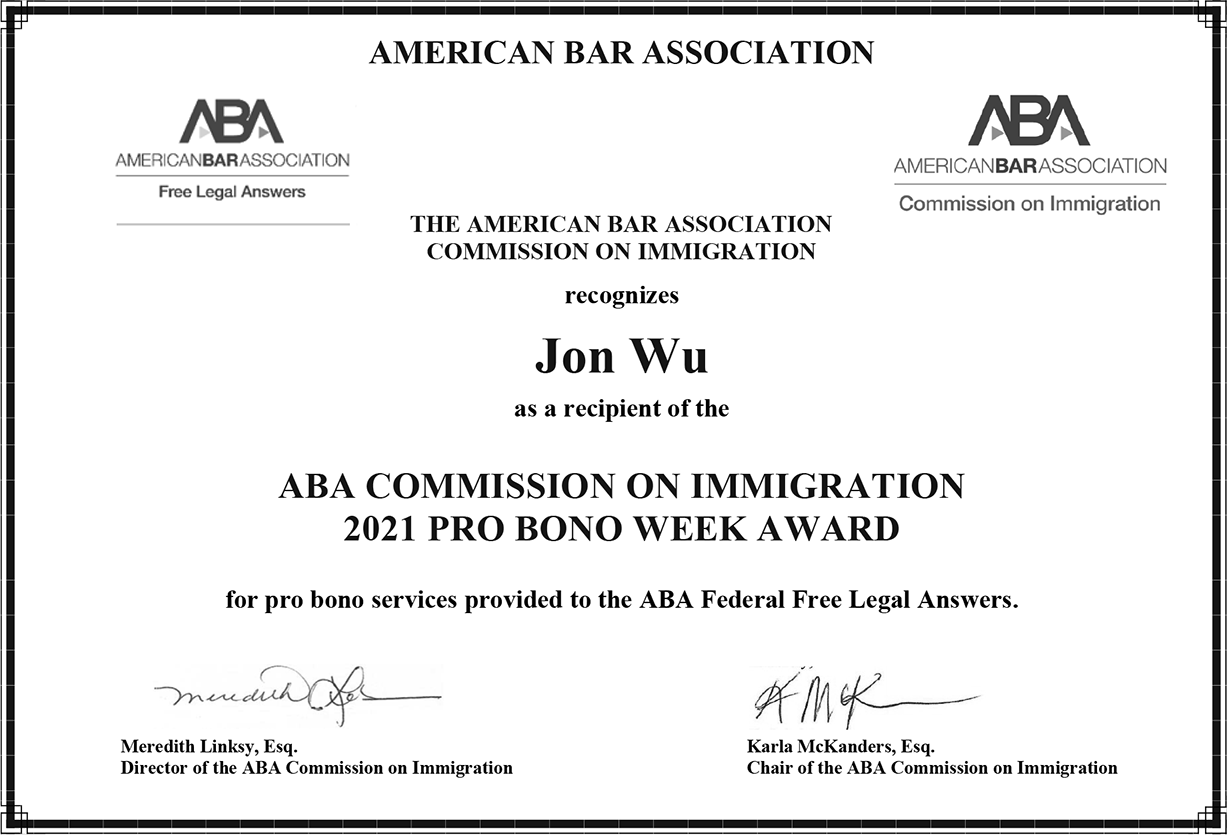 Jon Wu is a former chair of the Immigration and Nationality Law Commission of the State Bar of California’s Board of Legal Specialization, and he is also a former administrative law judge of the State of Oregon Bureau of Labor and Industries. Mr. Wu also clerked for former Congressman Charles O. Porter in the congressman’s Eugene, Oregon law office and has received thank-you letters and certificates of appreciation from Congresswoman Nancy Pelosi, the American Immigration Lawyers Association, and the Bar Association of San Francisco for service to the immigrant community.